Timor-Leste to scale up aquaculture sector, offering lessons to other nations

Timor-Leste will ramp up production of farmed fish to boost incomes and nutrient intakes, providing an example for other small island nations to learn from.

In the half-island nation Timor-Leste, 40 percent of people live below the poverty line and one in two children under the age of five are affected by stunting.

Aquaculture, also known as fish farming, is seen by the government as a key means to tackle poverty and malnutrition.

Growing the budding aquaculture sector is the aim of the Partnership for Aquaculture Development Phase 2 project (2020–2023) led by WorldFish and funded by the New Zealand Aid Programme.

By 2030, the Timor-Leste Government has a goal for fish farmers to produce 12,000 metric tons of fish, as per the Timor-Leste National Aquaculture Development Strategy (2012–2030).

“This is an ambitious target, but all the partners are determined to reach it,” said Philip Hewitt, New Zealand Ambassador to Timor-Leste.

In the previous 10 years, aquaculture production in Timor-Leste has almost doubled from 45 tons per year to over 80 tons per year. This is thanks to efforts by the government, WorldFish and development partners to develop seed, feed and grow-out technologies—the foundation for the scaling of aquaculture.

“These successes give the country a strong platform to build on,” said Ambassador Hewitt. “New Zealand will aim to extend our support for these efforts, and we look forward to working with the private sector to expand their role to take aquaculture to the next level.” 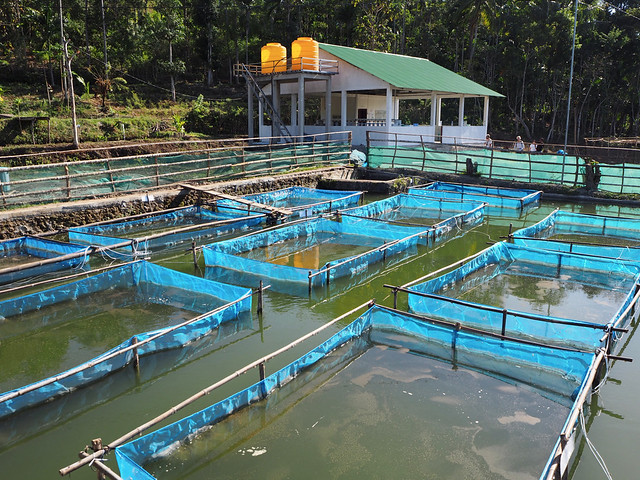 Critically, the project will work to scale up the production of genetically improved farmed tilapia (GIFT)—a fast-growing strain developed by WorldFish—to increase the supply of farmed fish.

“The project will refine seed, feed and grow-out technologies and reduce the culture period from the present 11 months to six months, enabling farmers to complete two production cycles in a year.

“The improved technologies will be promoted to new entrant fish farmers, and existing fish farmers will be encouraged to move from subsistence to semi-intensive small and medium-sized enterprises and commercial-scale production systems.”

To support the increased demand for seed and feed, the project will establish more hatcheries using the public-private-partnership (PPP) model and promote extra feed production by small to medium enterprises. In addition, the private sector will be encouraged to import high-quality commercial fish feed pellets in bulk, enabling farmers to scale up large-scale productions systems.

Another key project focus is on increasing access to and consumption of locally-produced GIFT that is safe to eat.

“We aim to create a market system that will connect sellers of all sizes from across the country with buyers and to promote an efficient transport system,” said Dr. Pant.

“In parallel, the project will promote the nutritional benefits of fish and work with government partners to get fish included in school and hospital meal programs.”

The new project builds on the foundations laid by phase one (2014–2019) of the project. 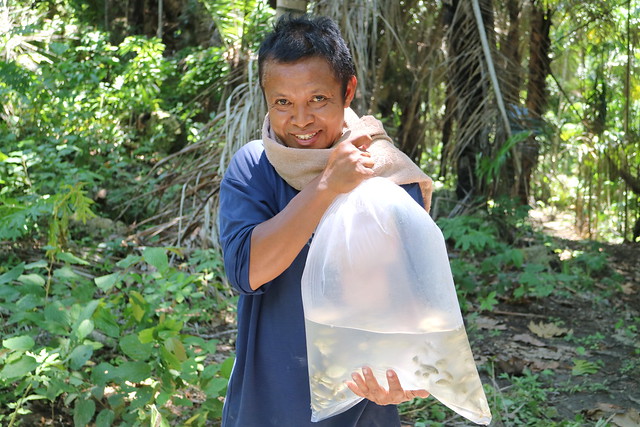 “Phase one introduced GIFT to Timor-Leste in 2015,” said Silvino Gomes, PADTL Phase 2 Aquaculture Production System Coordinator, “and worked with the government and private sector to set up hatcheries to multiply the seed.

“It formulated ways to make fish feed pellets from local ingredients to avoid the high costs of imports, and developed better management practices (BMP) to help farmers get the best possible productivity and viability.

“Project staff also trained and mentored government and private sector hatchery staff in how to run a hatchery and provide better extension services.”

The numbers attest to the huge strides made by phase one.

Earlier, between mid-2016 and mid-2018, more than 1.5 million monosex GIFT fingerlings were distributed from Gleno hatchery to more than 800 farmers in 11 municipalities.

The project provided BMP training following a farmer field school approach to over 250 fish farmers in Baucau, Bobonaro and Ermera, resulting in a tripling of their total fish production from 2017 to 2018. Of the total production, 50 percent was eaten by households and the rest was sold, generating over USD 18,000.

Over 50 MAF, I/NGOs and private sector officials were trained on seed, feed and grow-out technologies of GIFT, enabling them to serve as technical experts and aquaculture trainers.

“The government will continue supporting the scaling of GIFT in all suitable locations across Timor-Leste—ensuring that rural households have greater access to an affordable, nutritious food source and an alternative livelihood option.”

Since 2010, the Timor-Leste Government has been working with WorldFish and development partners to sustainably develop the aquaculture sector.

The lessons learned so far highlight a way forward for other developing countries to combat malnutrition and poverty through fish. This includes several countries in Africa, Asia and the Pacific where WorldFish is working to enhance small-scale aquaculture.

For example, to support WorldFish efforts in Solomon Islands to replicate the Timor-Leste GIFT hatchery model, the PADTL project worked with Timor-Leste government staff to design and deliver hands-on training to Solomon Island Ministry of Fisheries and Marine Resources (MFMR) officials in 2019.

“I believe Timor-Leste is becoming a model for others to follow,” said Gareth Johnstone, WorldFish Director General, at the 2nd Timor-Leste Aquaculture Forum on 8 August 2019.

“The country may be small, but it is making big impacts [in aquaculture] that provide important lessons for other countries to learn from.”